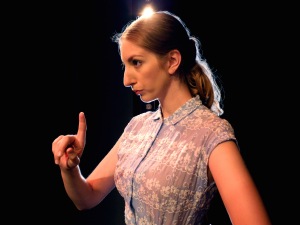 What was the inspiration behind your show?
Eleanor’s Story is a theatrical adaptation of my grandmother’s best-selling memoir of her youth, growing up as an American caught in World War II Berlin. In 1939, when she was nine, Eleanor’s family moved from the US to Germany, where a great job awaited her father in Berlin. But war broke out when they crossed the Atlantic, and returning to America became impossible. Her family faced hunger, fascist oppression, carpet bombings, the Russian invasion and the terrors of Soviet occupancy.

END_OF_DOCUMENT_TOKEN_TO_BE_REPLACED 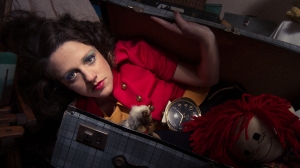 Sarah Hamilton and Andi Snelling have both been performing in the Melbourne theatre scene for years to rave reviews and awards. In the lead up to their opening of their upcoming shows, Maggie Journal had the chance to sit down with these two talented women and discuss their love of theatre and the awesomeness that is Melbourne Fringe.

END_OF_DOCUMENT_TOKEN_TO_BE_REPLACED

In the last 15 years, a change has come the Australian film & TV industry. We are finally seeing a stronger representation of Indigenous characters on our screens. While it is far from perfect, and many characters are still stereotyped, the profiles of our amazing Indigenous performers are growing and it is only fair that we take some time to recognise some of these supreme talents. Here are just five of our favourites – to include everyone it would take a book!

END_OF_DOCUMENT_TOKEN_TO_BE_REPLACED

Kerith Manderson-Galvin is one of those performers who is fascinating to watch – as are the plays she has created and written.

Over the last few years, Kerith has been a regular player on the independent stages of Melbourne. Recent works have included Being Dead (Don Quixote) – which she performed in for Midsumma 2015 – and don’t bring Lulu (Union House Theatre, 2014). She was also seen on stage last year in Nicola Gunn’s fantastic production of Green Screen as part of the MTC NEON Festival. And don’t even get me started on all the shows she’s done with MKA Theatre! And speaking of MKA, as part of this year’s Midwinta Festival, Kerith, along with MKA, has run a number of panels and recently had a development season of her new show 186,000.