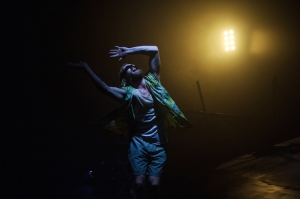 Both pieces examine the nature of human relationships and how they can affect us for years to come. In Lucky, we are introduced to three characters who are escaping their captors. Interspersed with current references to Australia’s current political landscape, a preacher, a convict woman and an Aboriginal man have banded together to try and escape the current hell they are in. Meanwhile, Lord Willing takes us to post-Hurricane Katrina and explores the devastation of the event and how it has affected the town, as inspired by real-life events at the time.

Of these two pieces, Rose’s Lord Willing is the strongest of the pair. As the central figure Earl, Kevin Kiernan-Malloy is electrifying in his performance and his breakdown over the course of the show is powerful to watch, while Jan Friedl is also a treat to watch as a faded Southern belle. While the cast of Lucky are impressive, especially Johnny Carr and Devon Lang-Wilton, and work well with the material, the rawness and brutality of Lord Willing overpowers the first piece and leaves the audience with a bleak, confronting and thought-provoking ending.

Double Feature is a fascinating exploration into the Australian gothic modes of storytelling and is a great example of how we need to continue to nurture and support new talent in all areas of theatre-making. 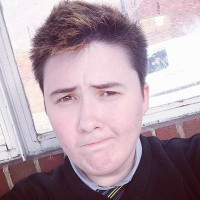